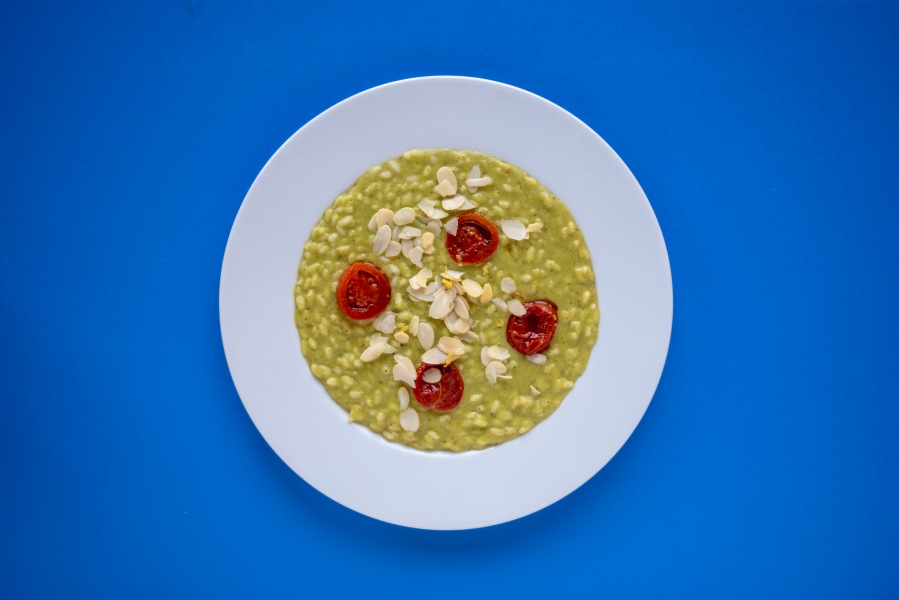 I’m so lucky to have a great cafeteria in my University, where almost every week guest chefs (often michelin star chefs!) come to cook for the students and the faculty. But even when there’s no guest chefs, the food is incredibly studied to fit the season, the local foods and the availability of such. Most of the produce is taken from our vegetable garden and the rest from a network of small producers that the school has widened throughout the years. Apart from the 3 plates of the day (each day something different), there’s always green salads and legumes to choose from, which is so handy especially when you want to consume plant proteins but don’t have the time or want to hassle making them at home.

The cafeteria avoids food waste by “imposing” that the students order the food by the afternoon of the previous day. Which seems a big hurdle, but it soon becomes a habit for us and very easy to manage. (We know before hand our class schedule so it’s not as “complicated” as one would think).

Apart from visisting chefs, the Uni also gives the possibility to students to cook thorughout the year. The project is called “10 Menus for 10 Students” and usually what happens is that groups of 2-3 students apply with an idea for their menu and the message they want to send. The menu can be either of a specific cuisine (i.e. Indian, Mexican..) if the students want to present their home cooking, or it can have a different topic such as the Medicinal value of food, Street food, or even centered on a specific ingredient like a whole menu on Asparagus. The options are very wide and they let us be very creative and ambitious.

This year a friend of mine and I applied and we cooked our menu two weeks ago for about 120 students.

She is half Turkish, half Swiss, and eats predominently vegetarian. We called or menu ” A Garden Revolution“: the idea was to focus on the abundance that nature offers us, on vibrant colors and amazing taste of fresh and delicious flavours that the plant kingdom can give us. We wanted to do it in Spring because there’s so many great tastes and different types of vegetables that are available, aswell as aromatic herbs and edible flowers. 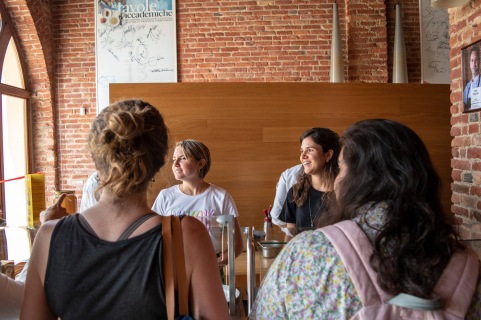 Our menu was made up of an appetizer, a first course, a main course and a dessert.

The appetizer was a very green warm salad of fresh peas, fava beans and bok choi wich we slightly sauteed so that the veggies were more tender, yet crunchy and bright green. This was served with a foam of Gran Kinara cheese and borage-marigold flowers. (other than this the whole menu was vegan). 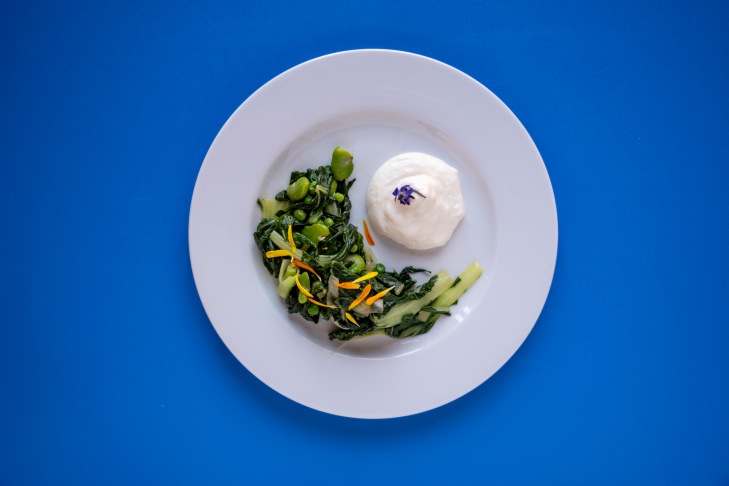 The First course was a risotto with a Zucchini and almond milk cream, that we served with confit tomatoes, lemond zest, and toasted almonds.

The main course was two lentil burgers (mix of red and brown lentils with cumin), served with tahini sauce and a fresh salad of zucchini-cucumber-carrots thin slices. 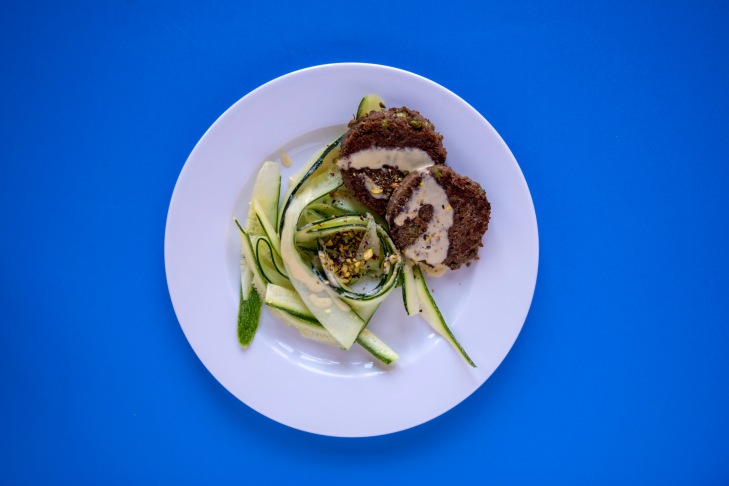 The dessert was an apricot sorbet served with sourdough crumbs and more marigold petals.

The day we cooked, we picked tons of flowers from the garden and placed them on all the tables inside where people would later sit down for lunch. And we had a sign up saying “Be Green, Eat Veggies”. 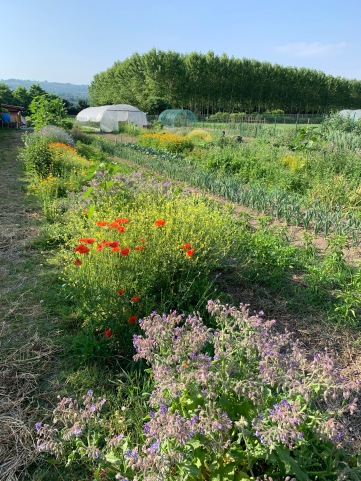 The staff was so nice and it was such a great environment to work in, very positive and just good-vibe attitude. 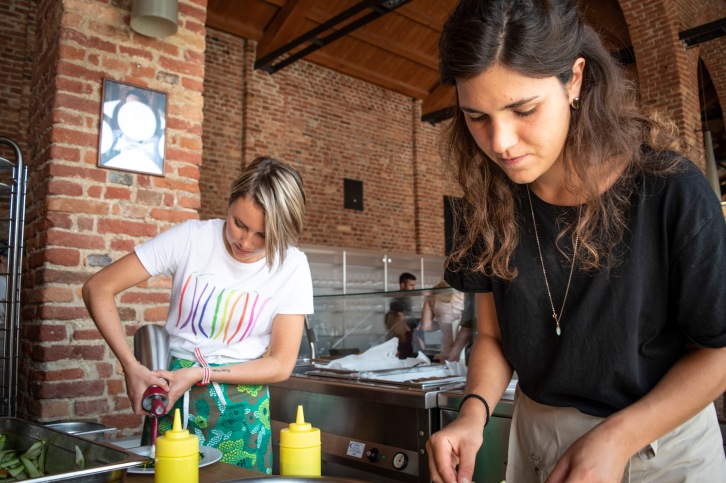 I’m very happy I was able to participate in such a project before the end of my studies here. As always, trying to spread the love for plants, their versatility in colors, taste and culinary applications, and their positive impact on us and the planet.

P.S. For the day, I drew an image of colored green beans, which I had printed on a t-shirt. I wanted it to be colorful just like the plates of the food were.

5 thoughts on “A Garden Revolution: cooking for students”